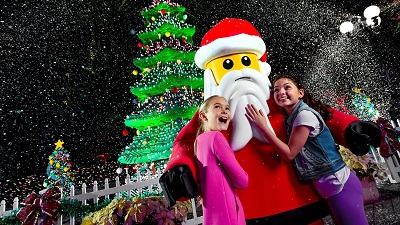 It’s the most wonderful time of the year, and the team at LEGOLAND® Discovery Center Arizona is decking the halls and trimming the trees ahead of its first-ever Holiday Bricktacular celebration.

Master Model Builder Alec Posta and the rest of the team at Arizona’s ultimate indoor LEGO® playground are ready to welcome both naughty and nice to the Holiday Bricktacular. On the roster are an array of festive and seasonally themed activities, including: 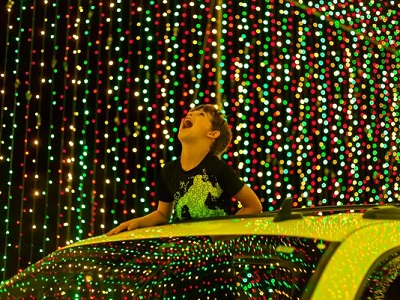 Back for its second year, the 25-minute spectacular drive-thru attraction will showcase unforgettable holiday icons and a breathtaking illuminated drive-thru tunnel set to festive music.  There is a second, unique experience in North Phoenix, too. 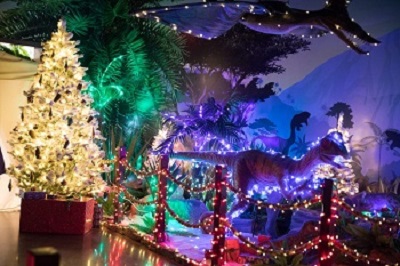 Pangaea Land of the Dinosaurs will be transforming their indoor dinosaur exhibit into a Jurassic Winter Wonderland for the holiday season. This first ever dino-themed Christmas showcase will feature thousands of multicolored lights, a real snow entrance, kids caroling classes, writing letters to Santa, snowman building contests with prizes on the weekends and meet & greets with the first ever Dino “Santa Claws” and his companion Rudolph “The Red Nose” Raptor. Adults will receive a $5 off voucher to the Pangaea Dino Grill which will also feature holiday decor and free hot cocoa.
Pangaea will also be hosting a food drive for St. Mary’s Food Bank for the duration of Jurassic Winter Wonderland. Those that bring in a non-perishable food item will receive $1 off admission per person. 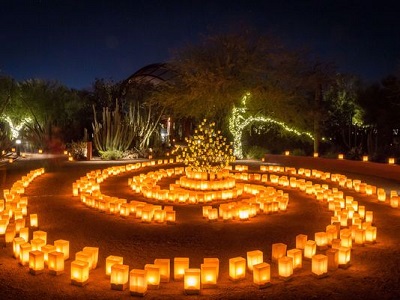 Be a part of this Southwestern holiday tradition. This year will be more vibrant in sound and light than ever, as Electric Desert sets the stage for holiday magic at the Garden for 29 nights. Each evening will feature more than 8,000 hand-lit luminaria bags, thousands of white twinkle lights and the pulse of Electric Desert. At almost every turn, be greeted by the sights and sounds of nine entertainment ensembles and engaging experiences.The southwest elegance and beauty of the Garden at night will remind you of what the season is all about. 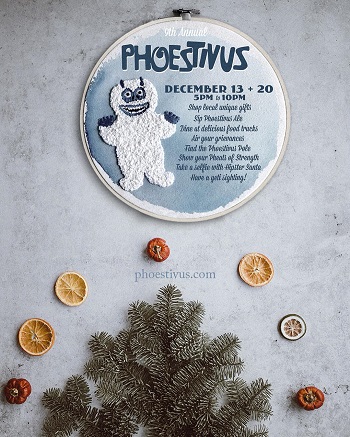 Inspired by the famous Weihnachtsmarkt (Christmas markets in Germany) and Seinfeld's Festivus, a parody and secular holiday celebrated in an episode of the show, Phoestivus was born to be the perfect all-inclusive December celebration.

The Phoestivus holiday markets feature locally grown and produced gifts for holiday giving from more than 150 local vendors that showcase a variety of locally grown, produced and prepared foods as well as hand-crafted gift items, jewelry and holiday decorations by local artisans. Last year more than 6,000 participants and shoppers gathered in downtown Phoenix for these two nights of local shopping.

The Phoenix event boasts traditions like the Phoestivus Pole, Pheats of Strength, and the Airing of Grievances as well as Phoestivus Ale (brewed by Phoenix Ale Brewery), Phoestivus Reindeer (baby goats dolled up for the occasion) and a hipster Santa. 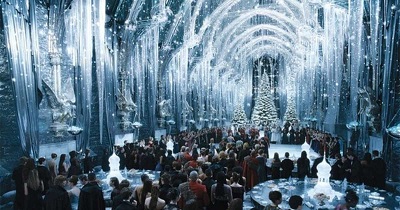 Witches, wizards, and muggles alike are invited to celebrate the holidays with The Van Buren as it transforms into a Hogwarts wonderland. Don your best dress robes and travel towntown via portkey or broomsick. This evening will be filled with signature drinks and food, trivia, a costume contest, and more. Ages 18+.

Print Details
Previous post
Next post
9 Housing and Mortgage Trends to Watch for in 2019
Buyers Are Looking for Your Home, Now