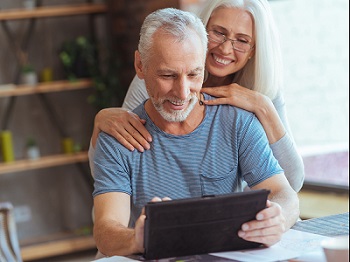 Today’s head of household is largely over 50 years old, according to a recent report by the Harvard Joint Center for Housing Studies (JCHS), “Housing America’s Older Adults 2018.” In fact, households headed by someone over 65 represent 55 percent of the nation’s households, while 65 million households are headed by someone aged 50 or over.

Are their needs being met? According to the report, the necessary tools that America’s aging population rely on are in short supply. Living arrangements, financial resources, health and functional abilities of these household leaders all pose a challenge.

“We need to address gaps in the affordability and accessibility of our housing stock, both of which are essential to older adults’ independence and well-being,” said Jennifer Molinsky, the lead author of the report. “As the number of households in their 80s grows, it will be essential that we strengthen the links between housing, healthcare and other services.”

Among the biggest roadblocks is the wealth gap. In 2016, median homeowners aged 50-64 had a net worth of $292,000—nearly 60 times that of the median renter in the same age group. While median incomes increased over the last five years for older adults—by 9.6 percent for those aged 65-79 and by 5.2 percent for those 80 and over—those aged 50-64 only saw an increase of 2.6 percent.
The racial divide widens this gap even more. While 81 percent of white households aged 50-plus own their homes, only 57 percent of black households can claim ownership—a 24-percentage point gap, the largest since recordkeeping began in 1976.

While this segment of the population continues to age, there’s a shortage of properties that can address the physical challenges and disabilities that accompany them. For example, in 2016, 17 percent of households aged 50 and over included individuals who had trouble walking or climbing stairs (including 43 percent of those who are aged 80 and over). According to recent data, only 2.5 percent of homes in the U.S. have features that address these mobility concerns: single-floor living, no-step entries and extra-wide halls and doors.

The biggest risk? The largest portion of aging heads of household (57 percent for those over 80) is the most vulnerable because they are living alone. The same goes for renters—77 percent within the same age group live alone. This segment of the population largely relies on non-residents or paid caregivers for assistance, but also has lower incomes than larger households, posing more complex challenges.

Vulnerability can also be location-based. For those aging heads of household who reside in natural disaster-prone areas, the dangers are amplified. Disruptions to healthcare in response to power outages, road closures and healthcare facility closures can significantly impact aid efforts. Additionally, after-disaster dangers, such as mold in the home or flooding, are additional risks that could dramatically impact the livability and health of this population.

As baby boomers begin to turn 80 in less than a decade, demand for accessible apartment units and homes will only continue to grow, as will the wealth and racial gap and the need for funding to support financial assistance programs that help pay for basic housing and other necessities.
In which institutions do the solutions reside? According to the report, state and local governments, in addition to the private and nonprofit sectors, can play a role in developing more affordable and suitable housing for these aging heads of household.

Print Details
Previous post
Next post
Home Prices Up 6.34% Across the Country!
Smile Weekend Warriors... It's Your Weekend!