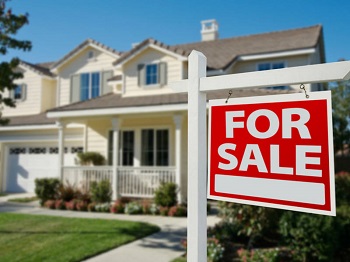 Here's a different take on the shortage of for-sale inventory in the housing market from MarketWatch:

Welcome to 2018, where Realtors are the new telemarketers: If you’re like me, you get a couple of calls a week, not looking to sell you a house, but looking for houses to sell. That’s because the real estate market is (exaggerating slightly) as bare of inventory as the shelves of a former Soviet Union grocery store, to hear builders and Realtors tell it.

Good for you, if you’re one of the relatively few people who want to sell a house right now. Short supply means higher prices even without white-hot demand. But it’s a bad thing for the economy and illustrates a big — maybe the biggest — kitchen-table budget reason why the Federal Reserve would be wise to be careful and slow about raising interest rates more.

The new watchword is “rate lock” — the idea that people who would move up to a bigger house might tolerate a higher price, but balk at a higher interest rate. Throw in higher property taxes that come with a bigger house, and you have three financial barriers to people moving up, instead of the usual two. Add the wage stagnation of the last year, driven by an uptick in inflation traceable to higher oil prices, and you see why new-home sales have slowed in the last few months and why existing-home sales fallen 1.5% year-to-date.

The numbers are actually pretty stark: According to Grant Thornton, the income needed to buy the median home has increased by 11.6% percent in the last year, while median family incomes have risen only about 2.8%.

What can policy makers do about this? The first move would be to promote lower oil prices to ease pressure on real wages, but the Trump administration is pushing in the opposite direction. Sanctions against Iran, re-imposed by Trump, are designed to take more than 2 million barrels of crude oil day off the world market beginning this fall. Whether this was a good idea overall or not, it feeds inflation and presses the Fed to raise interest rates faster. So do last fall’s big boost in spending and the 2017 tax cut.

Another option is to pull mortgage rates lower — as private markets have done since May even as the Fed indicates it will raise interest rates it controls at its September and December meetings, by a total of half of a percentage point.