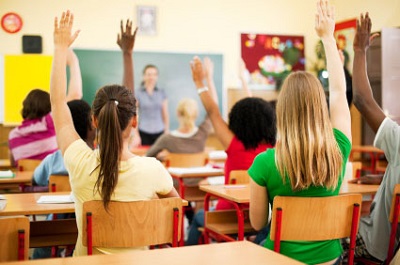 Home buyers remain steadfast in their desire for good school districts and are willing to give up two of their most desired home features -- a garage and updated kitchen -- to get into the school district they want, according to new survey data out Tuesday from Realtor.com®. 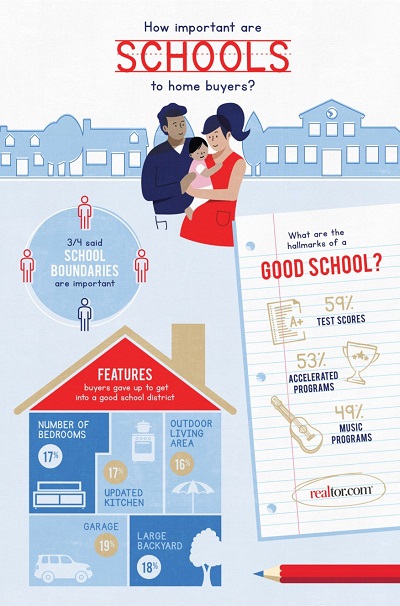 The majority of successful buyers surveyed, 73%, indicated school boundaries were important to their search, with 39% indicating very important and 34% important. Only 18% said they were unimportant or very unimportant, and 9% of buyers were neutral on the question.

The desire for particular schools varied significantly by life stage and age. 91% of buyers with children said that school boundaries were important or very important, compared to 34% of those without children. Similarly, younger buyers were more likely to say that schools were important. 84% of those 35-54 years old and 86% of those 18-34 years old indicated they were important, compared to 37% of buyers 55-plus. More than half of older buyers 55-plus said school boundaries were unimportant or very unimportant.

78% of buyers for whom schools were important and who were able to get into their preferred district said they had to compromise on home features; 22% did not. The features they most commonly reported giving up were a garage (19%), a large backyard (18%), an updated kitchen (17%), desired number of bedrooms (17), and an outdoor living area (16%). According to Realtor.com's spring home buyer survey a garage was the No. 1 feature home buyers were looking for this year, followed by an updated kitchen, and an open floor plan.

Test scores were the factor most often selected by buyers as a hallmark of a good school (59%), followed by having accelerated programs (53%), arts and music (49%), diversity (43%), and before- and after-school programs (41% ).

Younger buyers were more likely than older buyers to cite diversity as a factor that makes for a good school -- 49% for 18-34 year-olds, compared to 37% for 55-plus.

More older buyers placed importance on whether a school has accelerated programs -- 62% for 55-plus vs. 50% for buyers under 55.