$40 Billion to Flood Into Housing Market, Even as Homeowner Incentives Limited 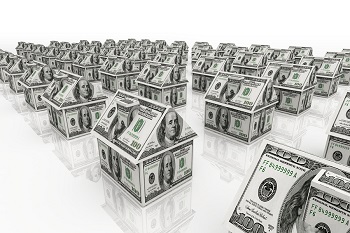 Americans’ earnings, generally, have gotten a lift on payday as a result of the Tax Cuts and Jobs Act. With cuts come more discretionary spending—and, although there are changes to homeowner incentives, almost $40 billion of it is going into the housing market, according to a new report by Zillow.

“Despite new limits to two longstanding tax benefits for homeowners, the typical American taxpayer saw their tax burden fall in 2018 as a result of tax reform,” says Aaron Terrazas, senior economist at Zillow. “Some of these tax savings will still find their way into the American housing market, even though they were not explicitly targeted there, as renters and homeowners decide to use their tax savings to rent or buy a bigger home, or renovate their existing home.”

Approximately $13.2 billion is estimated to flood into market as owners and renters trade up, while $24.7 billion is expected to be invested in remodeling projects, the report reveals. With an average $1,610 saved per taxpayer (according to the nonpartisan Tax Policy Center), homeowners are projected to spend 15 cents on the dollar to renovate; renters, 11 cents to trade up.

The disparity between dollars for remodeling and trading up is in line with a growing trend: homeowners are forgoing moving up and investing in projects instead of purchasing. While the existing housing stock is in need of updates, when homeowners stay put, inventory shrinks—and currently, inventory is at its lowest on record.

According to the report, compared to higher-income households, Americans in the bottom income tier—who average $60 in savings from the Tax Cuts and Jobs Act—are allocating more of those savings to trade up.

Print Details
Previous post
Next post
Don’t Wait to Sell Your House! Buyers Are Out Now
The Cost of Waiting to Buy a Home