Why Builders Are Designing More Homes For Single Women 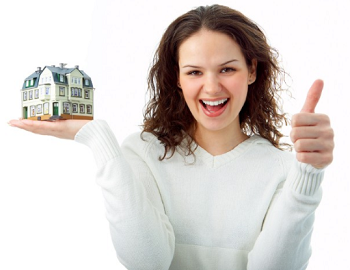 Data from the National Association of Realtors shows that single women accounted for 18% of all home purchases last year compared with just 7% by single males.

Home builders, Harney writes, have picked up on the trend and are designing homes and subdivisions to appeal to women’s preferences, including singles.

Pat McKee, president of McKee Homes, a builder active in four North Carolina markets, has found that in some of the company’s developments, significant percentages of the homes — upward of 50% in one case — were purchased by single women in their 30s, 40s and older, so this is not just a phenomenon limited to younger singles. Many of these buyers, he said, “are tired of living in apartments and now feel confident enough to buy a new home.”

Single female purchasers tend to be more likely to see buying a home as an investment, according to Jessica Lautz, director of demographic and behavioral insights for the NAR. Single women pay slightly more on their purchase on average than single men — $185,000 compared with $175,000 — and are more likely to have children under 18 in their households.

So what’s with the single guys out there? Why aren’t they doing what smart single women are doing? There appears to be less survey research available on that subject compared with women, but builder Pat McKee says that at least anecdotally from discussions he’s had, “planting roots just doesn’t seem to have the same priority” for single men as for single women.