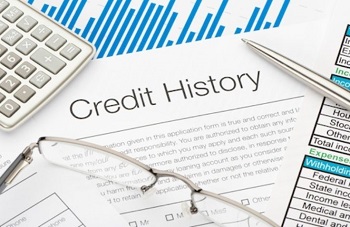 LendingTree® was out Tuesday with a study on the cities with the highest rates of denied mortgage applications and why mortgage shoppers in those areas have been denied.

Since the financial crisis, mortgage lending standards have tightened as underwriting has become more stringent. There are numerous reasons why a lender could deny a loan, from poor credit score to prior bankruptcies, but other reasons can include a lender's inability to verify a borrower's employer.

LendingTree delved into data from more than 10 million mortgage applications using the most recent available Home Mortgage Disclosure Act data set to find out the main reasons would-be borrowers were rejected, and to see if location has any correlation for rejection.

Given the dominance of credit history and debt-to-income as the leading reasons for denial across cities, LendingTree also looked at which factors appeared as disproportionately significant and calculated the denial reason in each city that was furthest from the national average.

Nearly one in 10 borrowers get denied for mortgages. On a national level, 8% of loan applications were denied.

Credit history and debt are the biggest barriers. The leading reasons for denial were credit history (which includes credit score) and debt-to-income ratio, which were each responsible for 26% of denied loans. These were followed by collateral at 17% and incomplete applications at 14%. All other reasons for denial were cited in less than 10 percent of denied mortgage applications.

Debt is a huge barrier to borrowers living in California. Three California cities (Los Angeles, San Francisco, San Jose) had the highest share of borrowers who were denied because of their debt-to-income ratio.

Credit history is holding borrowers back in Louisville, Ky., Memphis, Tenn. and Philadelphia. Among failed applications in these three metros, LendingTree found the highest rates of denied borrowers due to their credit history. 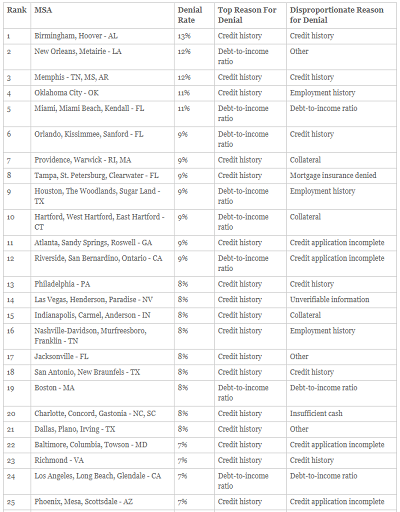 The 5 leading causes of mortgage denials:

The share of mortgage application denials that can be attributed to these reasons:

"The current housing market is particularly competitive," said LendingTree Chief Economist Tendayi Kapfidze, who led the study. "It's not unlikely for borrowers to be priced out of a particular housing market based on increasing home prices. The key for home buyers is to become well-educated on the home buying process as well as their own financial situations so that there are no surprises once they enter the market. Understanding the key reasons why mortgages are denied can help borrowers avoid missteps, prepare in advance and compete effectively to secure their dream home."