Buyers Flocking to ‘Harshest’ Market Yet 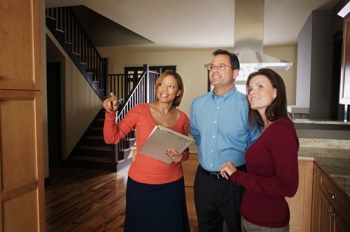 The climate is gradually moving toward spring-like temperatures…but it is burning up in housing, with prices rising 8 percent year-over-year, according to a new realtor.com® report. The climb in March sent the median list price to $280,000—above the prior record $275,000 from July 2017.

Based on data from Realtor.com, there were 1.29 million March listings (a decline of 8 percent year-over-year), and homes lasted 63 days on-market (a 7 percent decline year-over-year and a 24 percent decline month-over-month).
“Our latest inventory data tells us buyers are out in full force this spring,” says Javier Vivas, director of Economic Research for Realtor.com. “Never in history have there been more eyes on fewer homes than today. At the end of March, we observed price gains that put us on pace for half of the homes listed this summer to be above $300,000. Buyers are not just paying more for the same home; the mix of homes in the market is rapidly changing.”

According to Vivas, the most affordable homes are the most scarce—and the most sought-after.

The crunch, explains Vivas, has been percolating for some time.

“March housing trends show the inventory depletion we’ve seen over the last two buying seasons is carrying over to this year,” says Vivas. “It’s going to be a languid search for buyers this season as they face the harshest, most competitive buying conditions yet.”