On track for strongest year since housing crisis 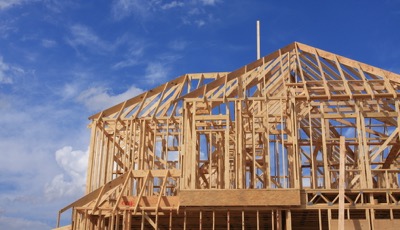 Housing starts increased in January, starting 2018 off at a strong pace; however, it is unclear if that pace will continue.

Privately owned housing starts came in at a seasonally adjusted annual rate of 1.33 million in January, according to the latest release from the U.S. Census Bureau. This is up 9.7% from the revised December estimate of 1.21 million, and up 7.3% from last year’s 1.24 million.

And while most of this strong pace was set by multifamily starts, single-family housing starts increased as well, rising 3.7% from December’s 846,000 to 877,000 in January.

“The large gain in housing starts in the West, 10.7%, is especially welcomed, as that region has been facing acute housing shortages,” Yun said. “Ultimately, there is still large room for improvement given the fact overall housing inventory is currently near historic lows.”

However, this increase was led by permits authorized for multifamily units. Single-family authorizations decreased 1.7% to 866,000 in January, down from 881,000 in December.

But one expert explained 2018 will continue to see an increase in housing starts, saying this could be the strongest year since 2007.

“For all of 2018, we project total housing starts to rise by nearly 10% to around 1.3 million units, the highest level of starts since 2007,” Nationwide Chief Economist David Berson said.

Another expert agreed demand for new homes, and therefore new home construction, doesn’t look as though it will let up anytime soon.

“The surprisingly strong results for both permits and starts this month reflect the healthy demand that builders continue to see in the market, despite rising costs and affordability challenges,” PwC Principal Scott Volling said.

“With existing homes for sale remaining at historically low levels, there is likely enough pent up demand to offset any negative impacts of rising rates for the foreseeable future,” Volling said. “Further, with permits at or above the 1,300,000 level for the fourth straight month, we expect housing starts to continue their strength as the spring selling season gets underway this month.”

However one expert said while the pace in January was good, it could have been better.

“I’d like to see even stronger pace with housing starts tipping over a 1.5 million annualized rate, closer to the historical average,” Redfin Chief Economist Nela Richardson said. “Homebuilder sentiment is booming and it has every reason to be.”

“Because existing home inventory has been so low for so long, new construction is taking a larger share of the market,” Richardson said. “Builders meet the buyers and see the demand firsthand, but obstacles to stronger growth remain with land and labor shortages and rising material costs. This translates into higher prices for buyers.”